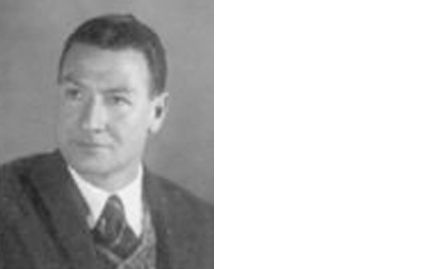 Osvaldo Borsani, born in 1911 was an Italian architect and designer. His father, Gaetano Borsani, was a noted furniture craftsman and his twin brother Fulgencio would be his collaborator and business partner. He studied at the Politecnico di Milano and after completing his degree, he joined the family business, Atelier Varedo (later Arredamento Borsani) as a furniture designer. Throughout the 1940′s and early 50′s, Borsani produced a large body of work including case goods, storage pieces and seating. Especially noteworthy was a 1946 wall-mounted shelving system. In 1953, Osvaldo and Fulgencio founded a firm called Tecno which, as its name suggests, became known for its technology and research based approach to furniture design. In 1955, Tecno issued one of its best known pieces, the P40 lounge chair. It featured rubber arms and could assume 486 distinct postures; the D70, a sofa version, was also manufactured. Osvaldo Borsani acted as the company’s sole designer for over 30 years; in the mid 1980′s Gae Aulenti, Norman Foster and others began to contribute designs. Today, Tecno is known for its innovative furniture for offices and public buildings. Borsani dies in 1985. 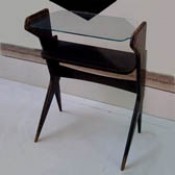