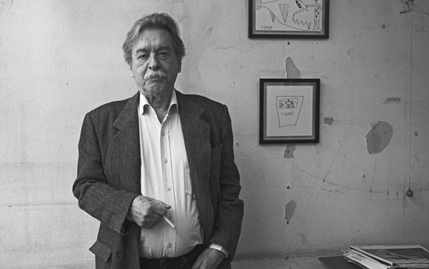 Born in 1928, undoubtedly one of the top Brazilian architects, Mendes da Rocha graduated in 1954 from the Architecture and Urban Planner Department, of the Mackenzie University [São Paulo]. In the 1960’s he was part of a group of architects called the Paulista School. This group followed the ideas of Brutalist Architecture, which used repetitive angular geometries employing pre-fabricated concrete slabs.
His first relevant project happened in 1958 when he designed a large sports facility for the Paulistano Athletic Club in São Paulo. This project presented him with an award in the 4th International Biennial of São Paulo in 1961. He also designed furniture for the same project, like the Paulistana armchair that stands out for its lightness and elegance. This armchair is part of the collection of the Museum of Modern Art [MoMA] in NewYork.
In 1961, he was invited to teach Architecture at the University of São Paulo [USP]. In 1969, during the military regime, he was removed from his academic post only to return in 1980. In 1998 he retires from his academic life but continues developing projects in his own office in São Paulo. In 1997, the 10th Dokumenta in Kassel honoured him with an exhibition room, endorsing the international recognition of his work.
Some of his best-known projects include the Brazilian Museum of Sculpture [MuBE-1995], the Museum of the Portuguese Language [2006] and the renovation of the São Paulo State Art Gallery [Pinacoteca do Estado], in 1993 – for this project he was bestowed in 2000 with the prize ‘Mies van der Rohe Award for Latin American Architecture.’
Architect, urban planner and designer, the Hyatt Foundation of Chicago awarded Professor Paulo Mendes da Rocha in 2006 the Pritzker Prize. 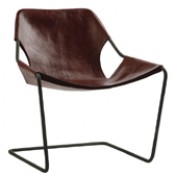