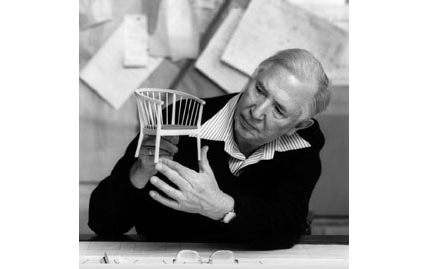 Hans J. Wegner was born in 1914 in Tønder, Denmark, the son of a shoemaker. At the age of 17, he finished his apprenticeship as a cabinetmaker with H. F. Stahlberg, in whose workshops Wegner’s first design experiments took form. When 20 years old, he moves to Copenhagen and attends the School of Arts and Crafts from 1936 – 1938, before beginng working as an architect. As a young architect, Wegner joined Arne Jacobsen and Erik Møller in Århus, working on furniture design for the new Århus city hall in 1940. It was during the same year that Wegner began collaborating with master cabinetmaker, Johannes Hansen, who was a driving force in bringing new furniture design to the Danish public. The Copenhagen Museum of Art and Industry acquired its first Wegner chair in 1942. Wegner started his own design office in 1943. It was in 1944 that he designed the first “Chinese chair” in a series of new chairs that were inspired by portraits of Danish merchants sitting in Ming chairs. One of these chairs, the “Wishbone Chair”, designed in 1949 and produced by Carl Hansen and Son in Odense since 1950, became the most successful of all Wegner chairs. Among Danish furniture designers, Hans J. Wegner is considered one of the most creative and productive. He is often referred to as the master of the chair – having designed more than 500 of them; many of these are considered masterpieces of chair design and are true collector’s items. 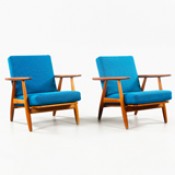 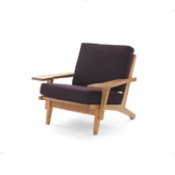 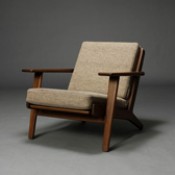 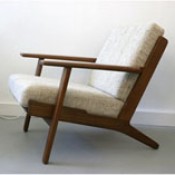