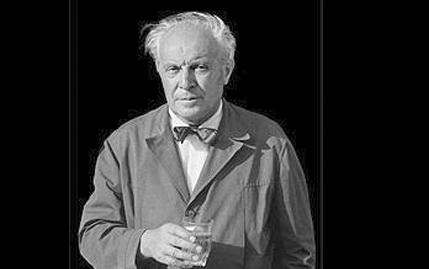 Born in Milan in 1891, Gio Ponti graduates in 1921 in architecture at the Milan Politecnico. In 1923 Ponti becomes the artistic director of Richard-Ginori, the ceramics manufacturer for which he wins the ‘grand prix’ at the 1925 Paris Expo. From 1923 to 1930, he turnes the company into a role model of industrial design excellence by decorating simple ceramic forms with elegant neo-classical motifs. In 1928 Ponti founds ‘Domus’, which he establishes as Europe’s most influential architecture and design magazine. in 1933 ponti organises the 5th Triennale Exhibition (originally in Monza) in Milan. His work extends to stage sets and costumes for the opera house ‘la Scala’ in Milan. In 1941 Ponti quits ‘Domus’ to found ‘Stile’, an Italian art and architecture magazine. in 1947 ponti leaves ‘stile’ to resume the editorship of ‘Domus’. he was actively involved in the industrial design association (ADI) and was one of the organizers of the golden compass promoted by la rinascente department store. From 1936 to 1961 he was professor on the permanent staff of the faculty of architecture at the Milan Polytechnic. Ponti disregarded conventional boundaries and explored a profound analogy between different fields of art and design, ranging from the minor arts and furniture to architectural schemes.In the 1950′s he collaborates extensivly with Fornasetti on interiors and furniture design. Ponti dies in 1979.